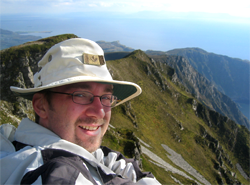 I have been writing software since 1981 and have been a professional software developer since 1995. I earned an honours bachelor of science degree in Computing and Information Science from Queen’s University, Kingston, Canada. Professionally, I have worked in several areas – automated software engineering tools for ancient banking and insurance software, derivatives trading software for European market-makers, and game engine software for the independent game developer.

I have always been interested in providing easy-to-use software to users to save them time, effort, and frustration. I believe that software is there to help the user do their job more efficiently, should hide as much complexity as possible, and that the user should be in control, not the software.

In addition to attending, I presented talks and workshops at the following training conferences: 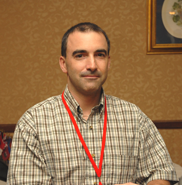 I served in the Canadian Forces (Army) from 1989 to 1995 during which time I received a bachelor of science degree in Chemistry from the Royal Military College of Canada. I left the military in 1995 and went to serve with the Ottawa Police Service. In 2001 I transferred into the Forensic Identification Section where I was introduced to the field of bloodstain pattern analysis.

I have always had an interest in computers and their application to scientific matters. As a result I co-authored two papers relating to the use of computers and bloodstain analysis. When I recognised the potential of using software in this field I approached my brother for his input. The result of our collaborative effort was HemoSpat.

I am currently a member of the International Association of Bloodstain Pattern Analysts (IABPA), the Canadian Identification Society (CIS), and the International Association for Identification (IAI). I have also been an ex-officio representative for the IABPA at the FBI’s Scientific Working Group on Bloodstain Pattern Analysis (SWGSTAIN).

Disclaimer: Kevin is not employed by – nor does he retain any ownership in – FORident Software Inc..